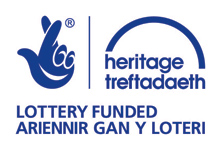 The Coedpoeth War Memorial commemorates those men from the area who were killed in World War I and World War II.

The Memorial Park, Coedpoeth is in the centre of the village by the Parish Hall and the Old Carnegie Library building ( now used for community activities and  a snooker room). The Park, which has wonderful views across the valley to Minera Mountain, is accessed  through the Memorial Park Gates and contains the War Memorial. Both the Gates and the War Memorial are grade  2 listed and date to the 1920’s. A new children’s play area was installed in July 2016  and the tennis court has also been renovated. There is also a well maintained bowling green. The Park provides an area for leisure for all ages of the community. It becomes the focus of the village on Remembrance Sunday when the congregation walk from St Tuffils Church for an 11.00 am ceremony. The occasion is attended by several hundred people, both church goers and those who meet at the War Memorial. The Salvation army band plays the Last Post, anthems are sung in Welsh and English and wreaths are laid by many Village organisations.

The primary purpose of this website is to present information about all 83 men named on the Memorial who died in the First World War. The site will be developed in the future to include the names of those who died in the Second World War and subsequent conflicts. It is hoped that over time the relatives of those named will come forward and offer more information, photographs and stories about the soldiers. The site has been designed so that it can be updated and grow to become a real memorial for the men who never came home.

THE WAR – THRILLING SCENES IN WREXHAM

Never will we forget Wednesday night’s scenes in Wrexham. At nine o’clock, a contingent of Army Reservists left Wrexham for Portland and the greatest enthusiasm prevailed. All the way from the Barracks to the Great Western Railway Station, the streets were thickly lined with people. Relatives of the men broke into the lines and there were hurried embraces.

CHRISTMAS DAY IN THE TRENCHES – LETTER TO FRIENDS IN NORTH WALES

“It was a memorable Christmas Day in our trench as we had a truce with the enemy from Christmas Eve until Boxing Day morning. Not a shot was fired – quite a change with no lead flying around. The truce came about in this way. The Germans started singing and lighting candles at 7.30 on Christmas Eve, and one of them challenged any one of us to go across for a bottle of wine. One of our fellows accepted the challenge and took a big cake to exchange. That started the ball rolling. We then met half way to shake hands and exchange greetings with them. The Germans seem to be very nice chaps, and said they were awfully sick of the war. We were out of the trenches all day Christmas Day collecting souvenirs.”

Private Sam Palmer of the 19th Infantry Brigade, writes from the front to Mrs Davies, 14, Bright-street, Wrexham – “Just a line to let you know I am well and happy. The trenches are in a very bad condition owing to the recent heavy rain. Things are very quiet here at present, bar the sniping, which is going on all the time. Whilst standing in a group waiting for the water to boil to have dinner, I was scraping the mud off a coat when a bullet went through a poor chap’s head, past me and through the coat I was scraping. But we got our own back after dark.”

D.C.M. FOR A WREXHAM MAN

Corporal Evan Jones, 1st King’s Liverpool Regiment, who was mentioned in dispatches and is to receive the Distinguished Conduct Medal, is an old Wrexhamite. He was educated at the British Schools. The act of bravery for which the D.C.M. is to be conferred is ‘For gallantry and ability on November 6th when he went out under shell fire in front of our position and succeeded in making a sketch of the German trenches which resulted in the accurate direction of our guns on the enemy.’

According to information which has been received in Wrexham, the 4th Battalion R.W.F., ‘The Fighting Fourth’, has sustained very heavy losses in a severe engagement in France on Sunday last. The sad news has cast quite a gloom over the whole neighbourhood of Wrexham, where scores of homes will be plunged in grief and mourning.

A COEDPOETH SOLDIER AS POET

In a letter home, Private Llewelyn Davies, of Bryn Maelor, High-street, Coedpoeth, writes the following verses from the front, where he is serving with the Royal Welsh Fusiliers.

The following is a free translation:

It’s grief to see the ripened cornfields.
Trampled down and spoiled with flood;
While the thousands fear the famine –
Others writhe in pain and blood.
Heavenly Ruler, and these struggles,
Fill with peace the hearts of men,
Sound the trumpets, peaceful angels,
Give us peace on earth again.

Mr Harding Griffiths, Walnut Tree Hotel, Rhosddu, has received a letter from Bugler Jack Griffiths, 1/5th R.W.F. with the Mediterranean Force. The writer says “We have been out here three weeks, and for two of those weeks we have been holding the front line trenches. Talk about being put through the mill. The first day we landed we were met on the beach by a very heavy shell and shrapnel fire, but worse was to follow, for the next day we were ordered to advance and for eight solid hours we were in the thick of a great battle.

It was a scene I will never forget. Our men were knocked over as fast as they went up the hill. But the true Welsh pluck never left the Welsh boys, and by five o’clock we were on top of it. We suffered tremendous, and when the roll was called, our smart and proud Battalion looked very small. Our Colonel, Major, and best part of our leaders went down. It was a proper slashing, but thank the Lord, I am one of the lucky ones. My bugle was fairly riddled with bullet holes but none caught me.”

Poem from the Trenches

The following poem has been written by Pte. Albert Jones of Coedpoeth, at the front:

‘Sing Me To Sleep’

Sing me to sleep where the bullets fall,
Let me forget the world and all;
Damp is my dug-out, cold are my feet;
Nothing but “bully” and biscuits to eat.

Sing me to sleep in some old shed –
A dozen rat-holes around my head –
Stretched out upon my waterproof
Dodging the raindrops that fall from the roof.

Far, far from Ypres, I long to be,
Where German snipers can’t “pot” at me;
Think of me crouching where worms do creep;
Waiting the sergeant to sing me to sleep.

Lance-Corporal Joseph Evans Roberts, of the London Regiment, and son of Mr Isaac Roberts, Bersham, has been awarded the Distinguished Conduct Medal. Some time ago we published a stirring story of his rescue of an officer while under fire, and his bravery has now been recognised.

Gallant Welsh Fusiliers – Brilliant Givenchy Counter AttackThe Royal Welsh Fusiliers taught the enemy a wholesome lesson the day before yesterday. The official communiqué of that date speaks of it as a ‘very gallant and successful affair’.

The scene of the affair was the Givenchy Hill. The enemy attacked in three columns abreast, after the usual heavy bombardment. However, quite undemoralised, the Welshmen were waiting for them and there then seems to have followed some really great hand-to-hand fighting. The Germans as is their way on such occasions were armed with bludgeons, daggers and pistols. Our men had their bayonets and rifles. In their hands the regulation weapons displayed their superiority. In 15 minutes from the time the Germans had reached our front line, they had been thrown back again and were caught by machine gun and artillery fire as they went.

How a Broughton soldier met his death in the present great push provides a stirring narrative of British pluck and bravery. The hero concerned was Pte. Hywel Price, of the R.W.F., and a native of Bwlchgwyn.

Pte. Price was wounded, but after having his wound dressed, he returned to the trench. He was again wounded, and stubbornly refused to be conveyed to safety, he again returned to the fray. The third time, however, he was fatally wounded, and died in a short time. The deceased soldier was recommended for gallantry.

In a written answer in Friday’s Parliamentary debates, the Prime Minister supplied the following figures for total casualties in all fields of operations up to December 9th.

Officers and Other Ranks:

Pte. T. Jones, R.W.F, of Colemere-street, Wrexham, has just been awarded the Distinguished Service Certificate on which is inscribed the following “On 10th July 1916 in Mametz Wood, this man with three others maintained a gallant defence against a counter attack by the Germans when other troops had fallen back. This gallant action saved a critical situation, and he was a fine example to his comrades.”

Naval Flight Commander Howard Saint of the Royal Naval Air Service has been decorated with the Distinguished Service Cross. The official record of the deeds which merited this high honour is as follows: For conspicuous bravery in attacking superior formations of enemy aircraft on 21st and 23rd September last. He has also shown great courage in attacking enemy troops and aerodromes with machine-gun fire from very low altitudes.

Peace Meeting at Wrexham – Broken Up By Soldiers

Lively scenes were witnessed at a meeting held at the Pavilion, Maesgwyn Road, Wrexham, on Friday night, under the auspices of the Women’s Peace Movement.

Mrs Glazier, the well-known Socialist, rose to speak and had not uttered more than one sentence when the khaki members of the audience ranged themselves for the attack.

Mr E.J.Williams, a local labour representative, protested vehemently against the interruptions, and said the time would come when they would have to listen. A General Election would show them how the country felt on the matter. Scenes of disorder followed.

The meeting broke up into knots of disputants who continued to argue the point until exhaustion put an end to their efforts; while rival members of audience sang ‘The Red Flag’, ‘Rule Britannia’ or ‘God Save the King’ according to each group’s political persuasion.

The Armistice – Peace Rejoicings in Wrexham

On Monday morning the welcome news came through that Germany has accepted the terms of the Allies in respect of an armistice.

The joyful news of Peace was received considerably earlier than anticipated. The persistent buzzing of a hooter at the leather works at about 10.30am was the harbinger of the good tidings. By noon, the town was crowded with delighted citizens, whilst almost every building was decorated with every available article of festoonery.

By common consent tools were ‘downed’ in all workshops of the Borough and lorry loads of munition girls in their overalls, and groups of male workers on foot were soon to be seen parading the streets of the town.

The following letter has been received by Mrs and Mrs Maddocks, Edward-street, Wrexham, the parents of the late Pte. Sam Maddocks, R.W.F., who was killed in action on Aug.23rd. “It is with very great sorrow that I write to offer you the deepest sympathy of the Company and myself at your great loss. Your son has done excellent work out here ever since 1916. I have always found him to be a splendid soldier and a fine man. I can only add that he was killed on Aug. 23rd during the early stages of the great advance, which is going on so gloriously now.” The letter was written by his captain.